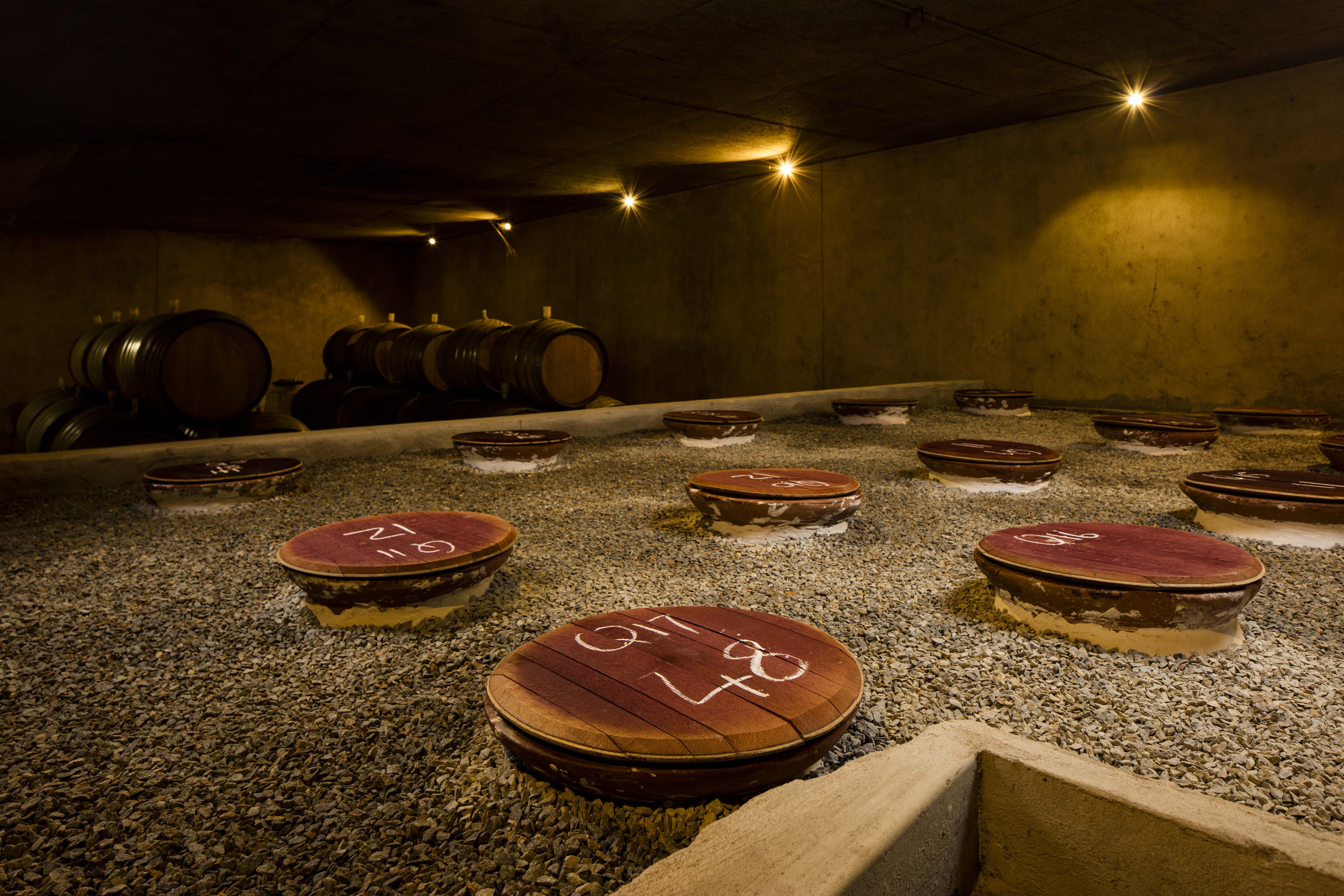 The Journey of the Qvevri

“I don’t believe wine could be made much more naturally than this,” says Johnathan Grieve, proprietor of Avondale Estate, which has released the maiden vintage of its landmark Qvevri Red Blend and Qvevri Chenin Blanc, the first South African wines to be vinified, fermented and matured in clay Qvevri.

In early-2018 Avondale became the first winery in the country to begin working with Qvevri – pronounced kwe-vree – the egg-shaped earthenware vessels that hail from the European country of Georgia. Situated between Turkey, Azerbaijan and Russia, on the shores of the Black Sea, Georgia is widely regarded as the cradle of modern viticulture, with a tradition of winemaking dating back more than 8000 years.

Avondale is thrilled to become the latest branch of this venerable family tree, with the release of the Qvevri Red Blend and Qvevri Chenin Blanc.

The Qvevri Chenin Blanc is made from 100% Chenin Blanc, grown organically to biodynamic principles on the Avondale estate. With a combination of whole-bunch pressed (40%), destemmed fruit (30%), and whole-bunch fermented (30%), all components were left on the skins for between three and four months, with the wine fermented and matured in Qvevri for a total of 12 months.

Using these three different approaches allows the Qvevri to enhance a variety of elements in the wine.

This whole bunch approach introduces an elegant grape-driven tannin structure to the wine, supporting the attractive minerality and lively natural acidity. On the palate, expect a beguiling combination of stone fruits, pear and lime.

Complementing the Qvevri Chenin Blanc is the Qvevri Red Blend, a Rhône-style blend driven by Grenache (50%), with smaller components of Syrah (35%) and Mourvèdre (15%). A combination of destemmed fruit and whole-bunch fermentation was used, with daily punch-downs to improve skin contact. The grapes were kept on the skins for between one (for the Grenache) and three months (for the Syrah and Mourvèdre), before being gently basket-pressed and returned to the Qvevri to mature on the lees until one year after harvest.

The result is a red wine lighter in style than others in the Avondale portfolio, yet delivering the same finesse, elegance and sense of place; here driven by bright red fruit on a foundation of Syrah spiciness.

“It’s Beaujolais in style, with lightness and freshness, but with more weight to it from a fruit perspective,” says Corne Marais, winemaker at Avondale since 2008. “Like the Qvevri Chenin Blanc it’s drinking beautifully now, but make no mistake these wines are going to be able to age if you choose to cellar them.”

For Marais the arrival in early-2018 of 24 Qvevri, each holding between 900 and 1200 litres, was a natural progression from their use of clay amphorae.

“The beauty of the Qvevri is that the micro-oxygenation breathes that subtle life into the wine, improving the tannins, fruit and ageability,” says Marais.

And while there are similarities between working with amphorae and Qvevri, there are subtle, yet crucial, differences between the two vessels.

Because Qvevri are kiln-fired at a lower temperature, they have higher porosity than clay amphorae. Qvevri craftsmen temper this with the application of a bee’s wax coating while the pottery is still warm from the kiln. Due to their size Qvevri are also traditionally buried in soil to the neck, regulating temperature and tempering the rate of micro-oxygenation.

“We have been working with clay amphorae for many years, and we’ve tasted a wide range of Georgian wines, so we had a clear idea of what to expect from working with Qvevri,” adds Grieve. “But what’s been exciting for us is that because these are hand-made by master craftsmen, each Qvevri has its own character. Over time we’ll learn the traits that make each of our Qvevri unique.”

“The region is famous for its pottery, and this has been a family-run business for generations, with the knowledge now handed down from grandfather to grandson,” adds Avondale winemaker Corné Marais.

Such is the importance of Qvevri in the history of winemaking, that in 2013 the United Nations Educational, Scientific and Cultural Organization (UNESCO) inscribed their use on the Representative List of the Intangible Cultural Heritage of Humanity. 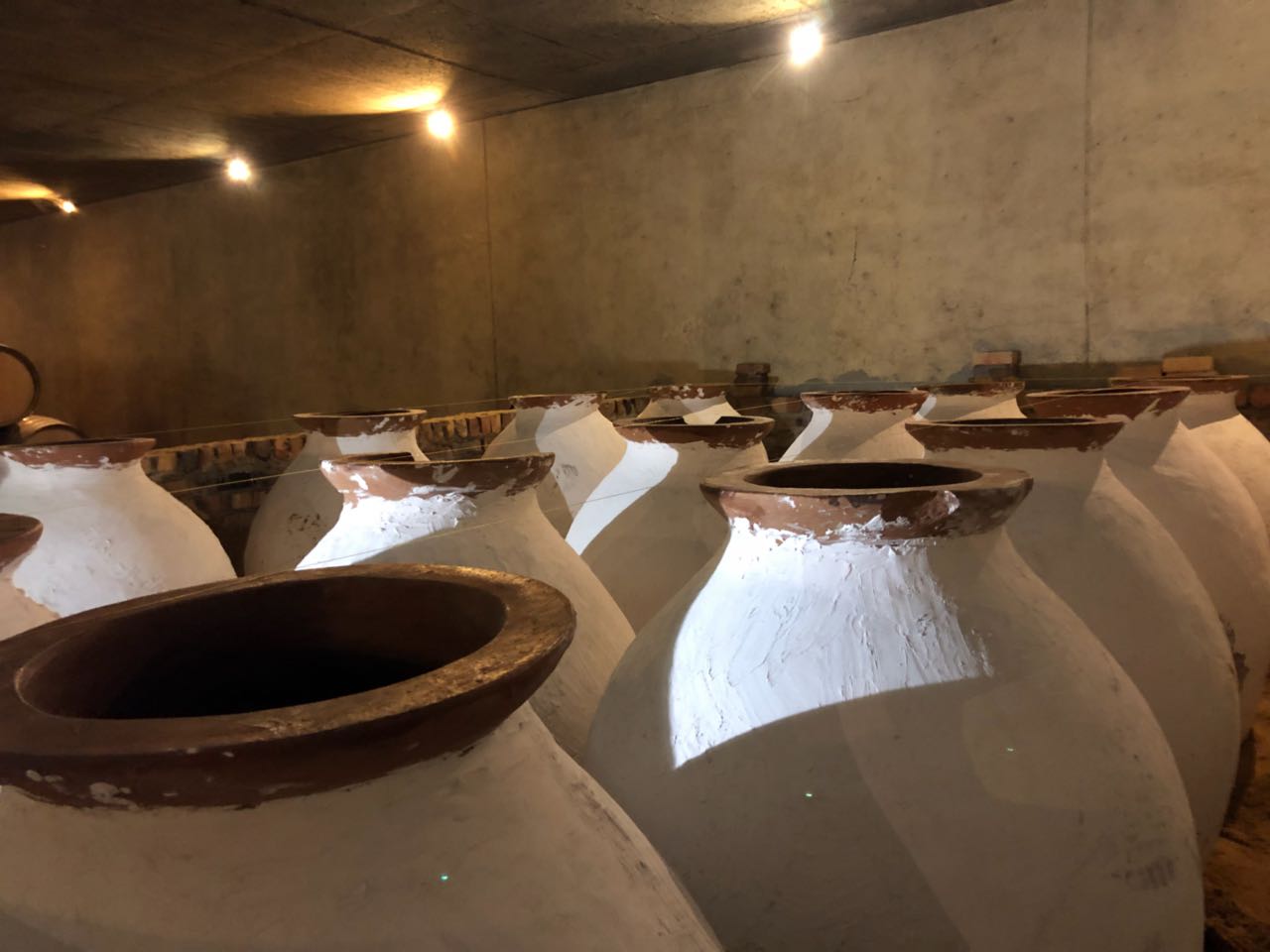 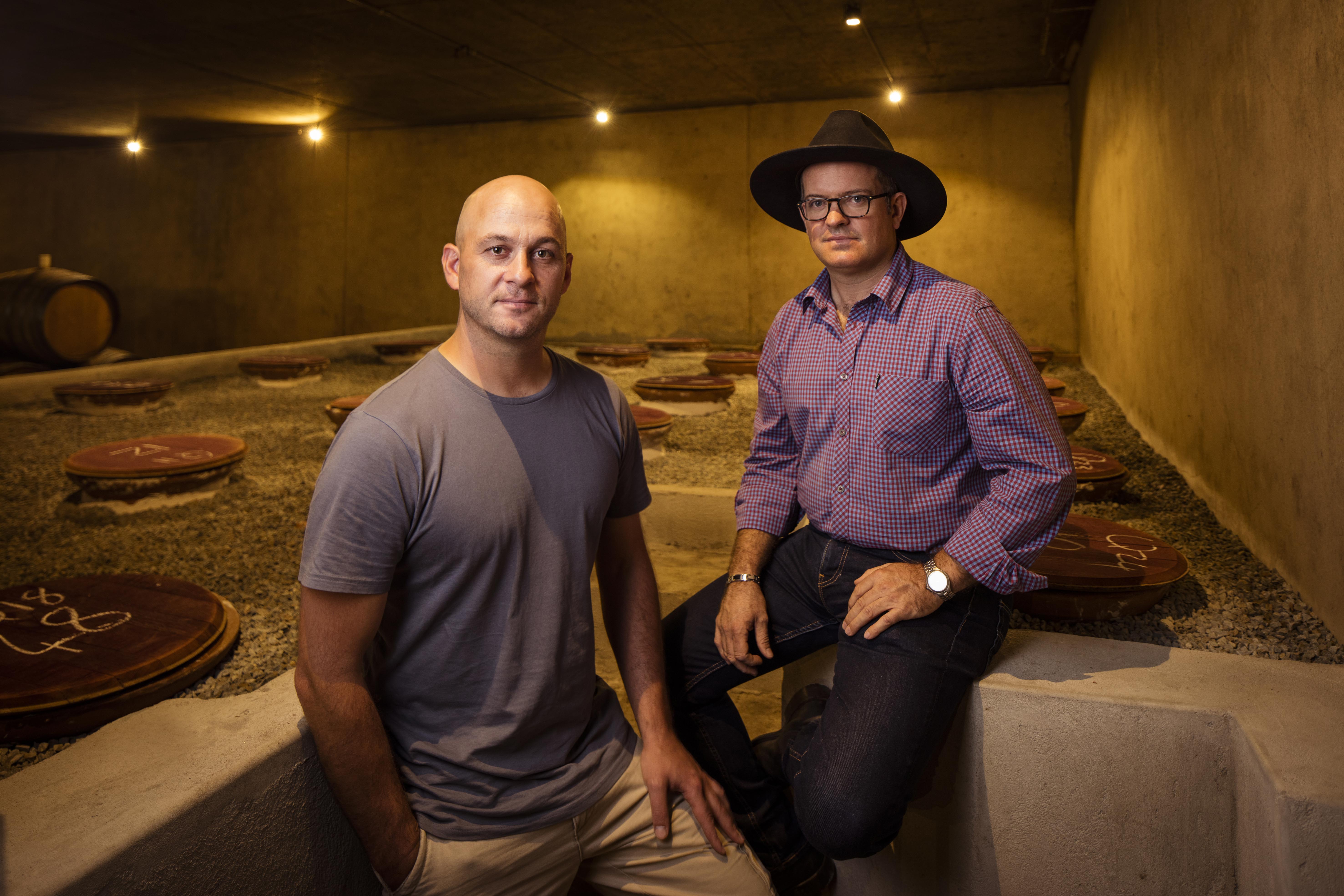 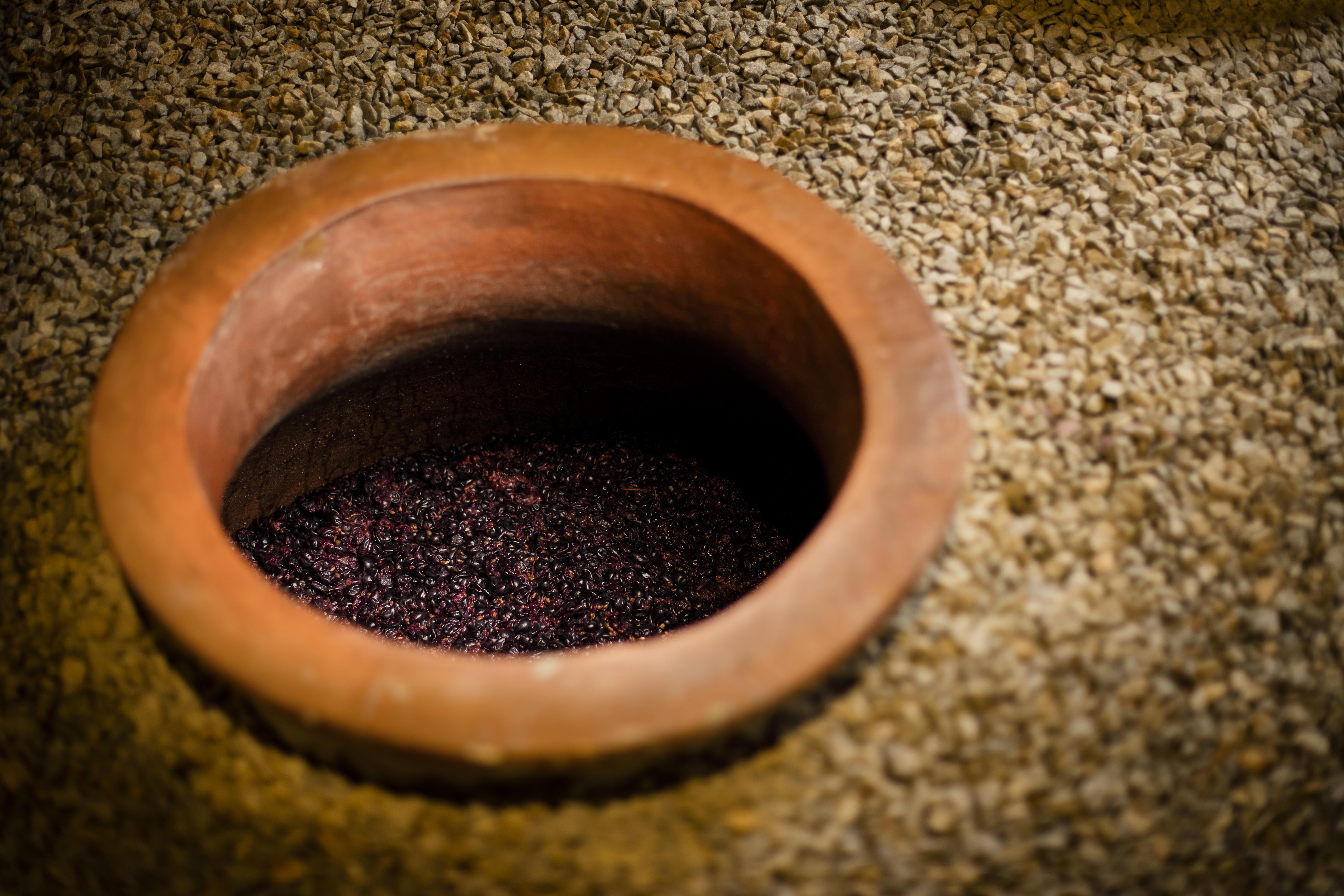 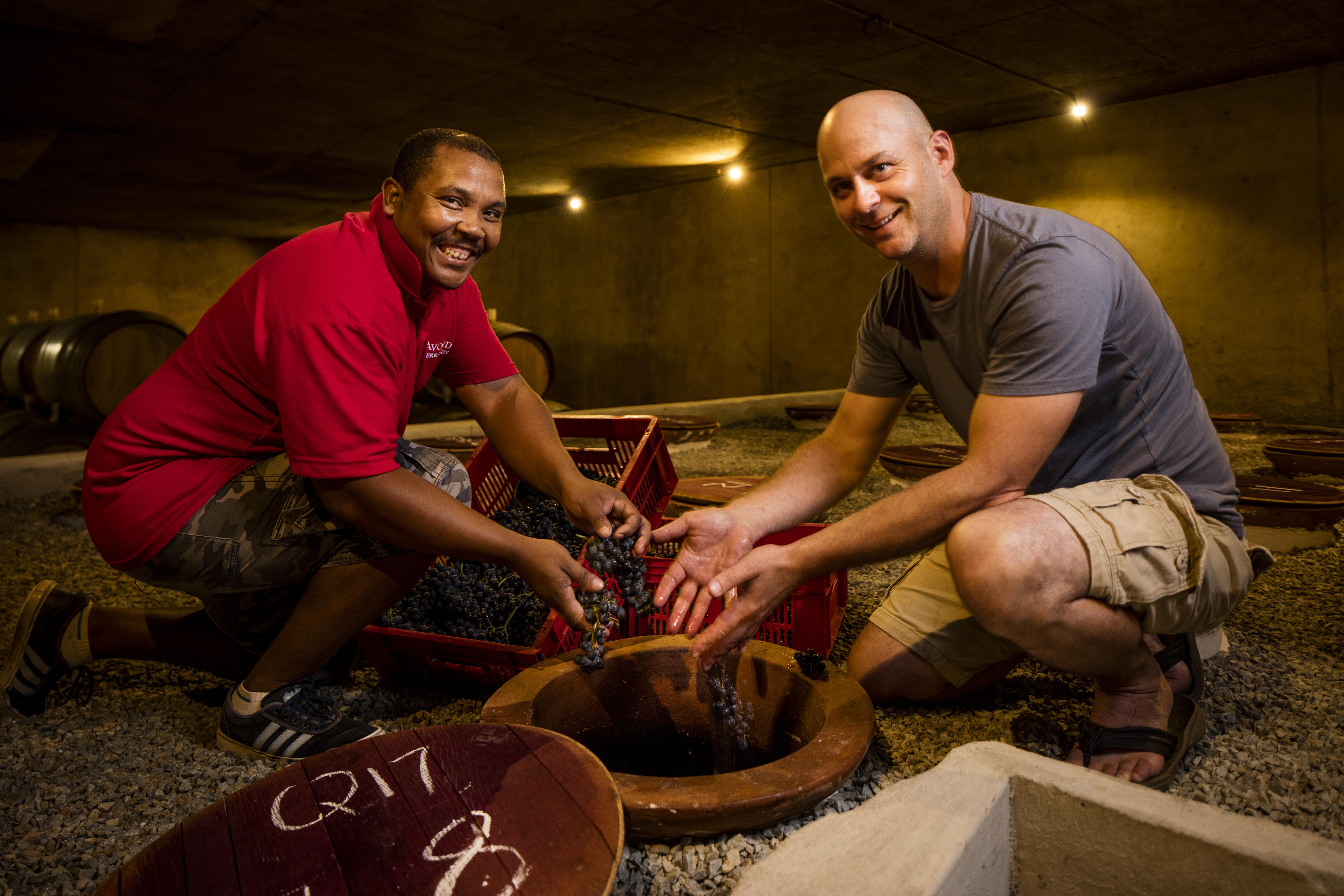